Today, on Pi day, we're very excited to introduce you to the new Raspberry Pi 3+! The headlines are that the new Pi 3 B+ has faster processing, faster networking, and improved dual-band wireless LAN. 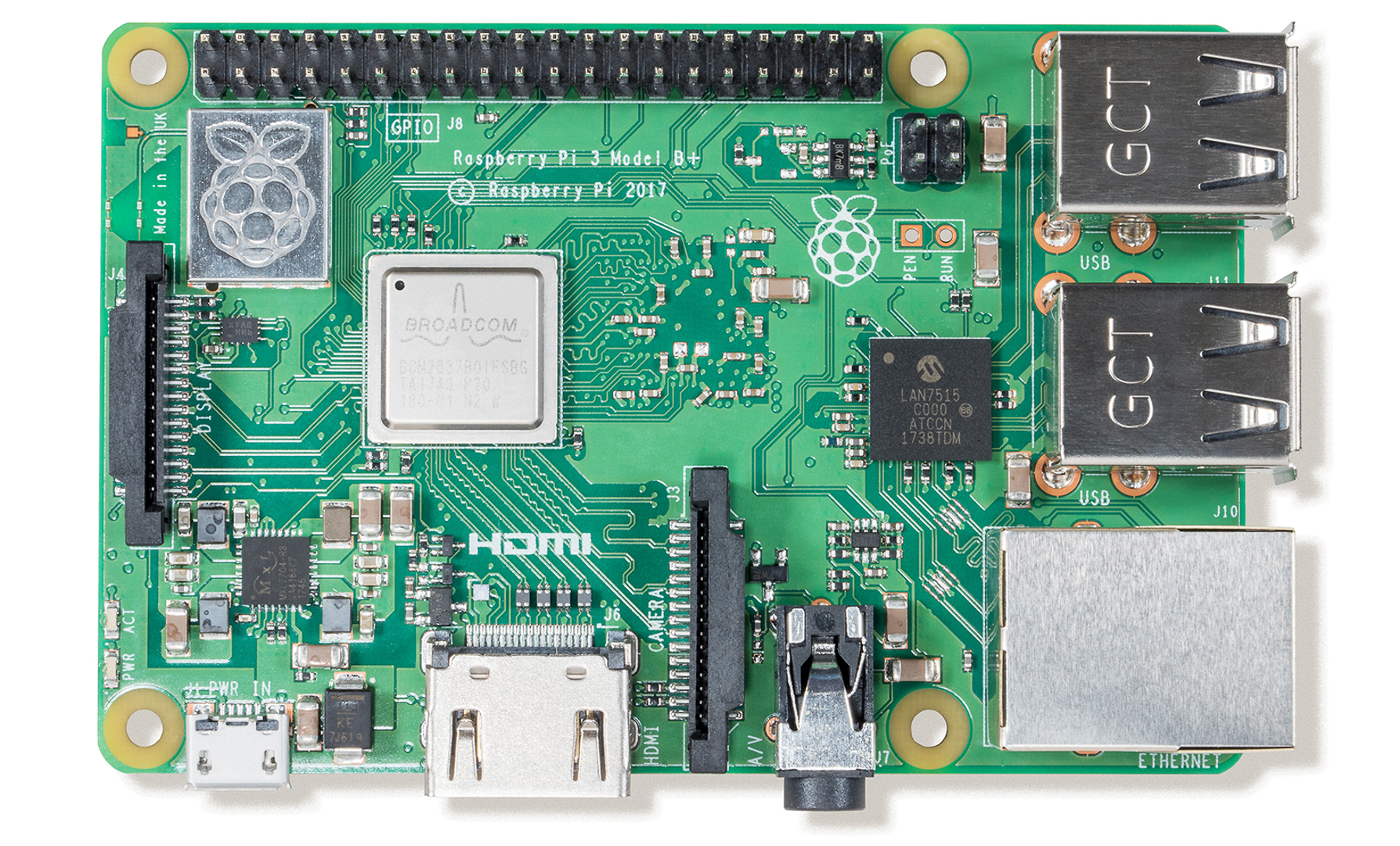 It's a very nice bump in specs - surprisingly so, considering that it's not a full bump to a Pi 4 - and the board itself has changed a lot. We'll give you a broad overview here, and you can read our deep dive into the hardware to get the nitty-gritty.

We'll show you all of our new Pi 3 B+ kit at the end of this article, but if you want to cut to the chase then you can see the whole collection here.

An improved System on Chip

The System on Chip (SoC) of the Raspberry Pi is its heart, combining CPU and GPU into a single package. Since the Pi 2, the SoC has been quad core, and the Pi 3's CPU ran at 1.2GHz.

The new SoC package on the Pi 3 B+ looks a lot different to those on the Pis 2 and 3, with metal shielding on top rather than the familiar plastic. Inside, the chip is quite different, with the die sitting on a carrier PCB that routes pins from the die to pins on the Pi PCB, and the metal shielding acts as a heat sink and heat spreader to make the die more thermally efficient. 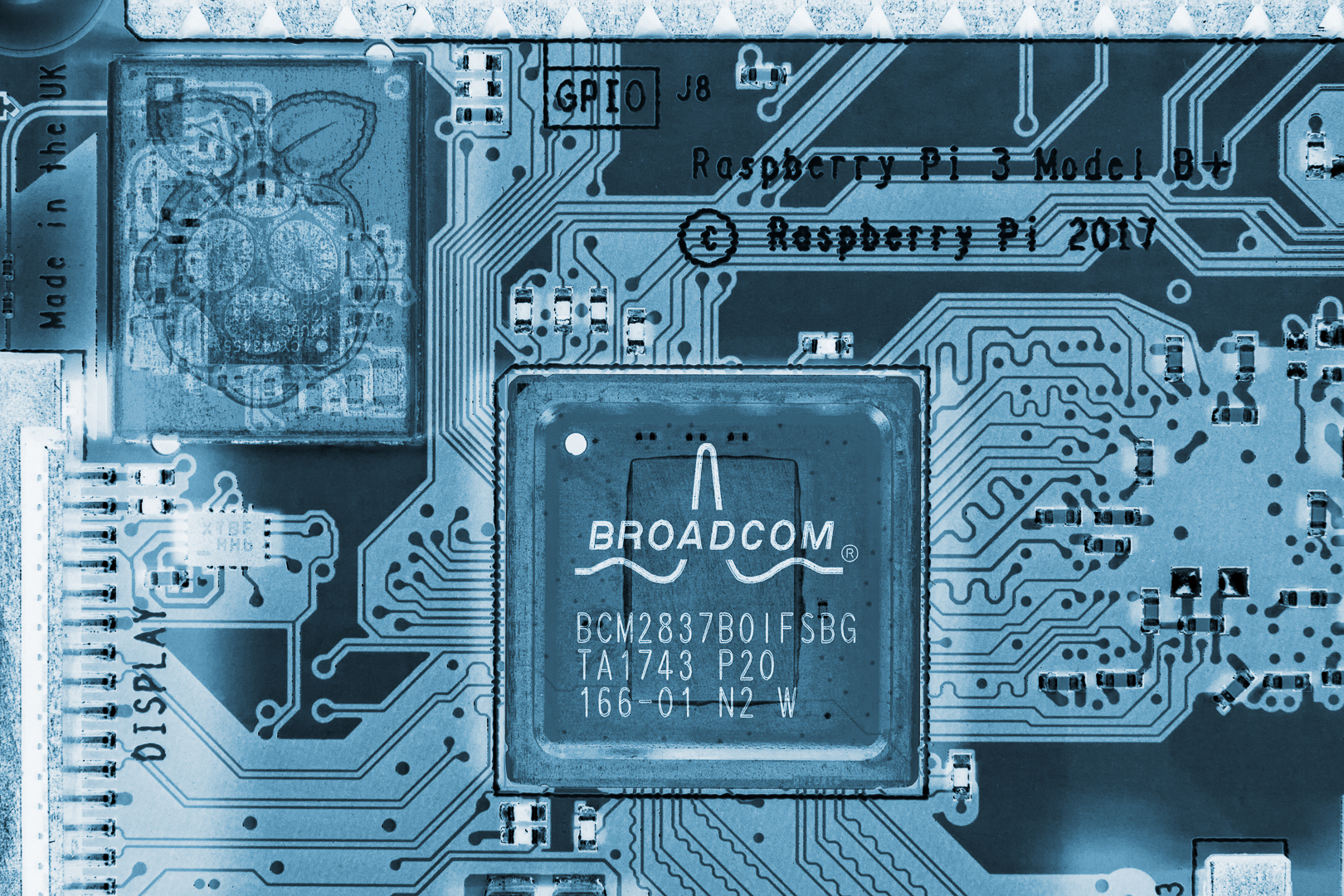 The quad-core CPU is now overclocked at 1.4GHz, a roughly 17% bump in processing speed based on numbers alone. We look at what that represents in real terms in our performance benchmarking article.

The Pi uses a LAN chip that combines ethernet and USB 2.0, through four USB A ports and one ethernet port. Compared with the Pis 2 and 3, ethernet on the Pi 3 B+ is now 3x faster, a significant boost that you should really notice.

You might have spotted the four new pins just to the right and below the GPIO. This is a header that will enable a new Power over Ethernet (PoE) HAT (forthcoming from the Raspberry Pi Foundation) to be used on the Pi 3 B+, although those are all the details we have for now. We presume that this will be a real boon for those who want to build the Pi 3 B+ into proper rack-mounted clusters and networks. 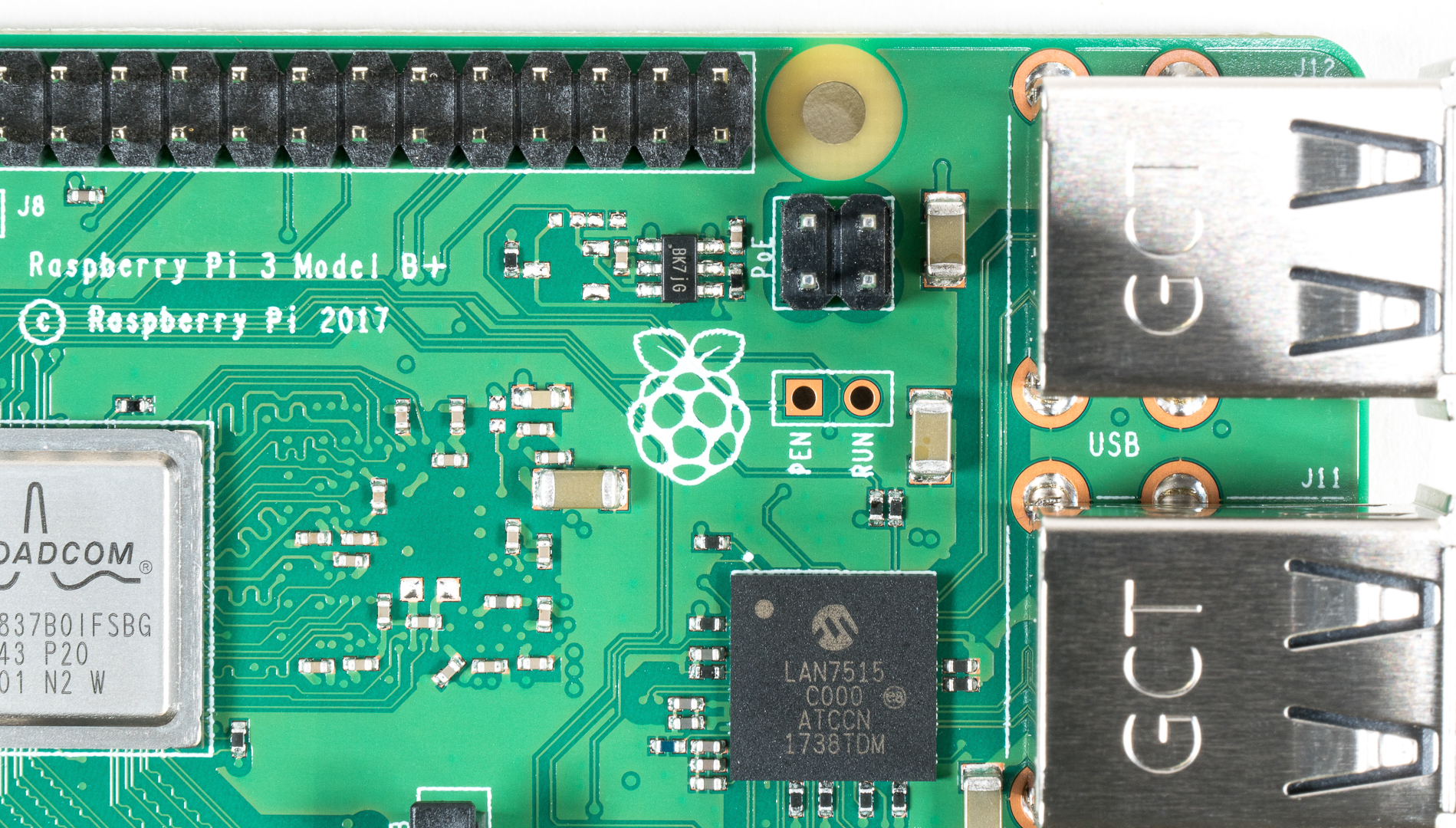 It should also be noted that these new pins will potentially cause mischief with HATs that have components on the back top left corner, so bear that in mind when designing your HATs and pHATs! The same goes for the metal shielding on the SoC and Wi-Fi circuitry.

Wireless LAN on the Pi 3 B+ has improved in a couple of important ways.

First, it's now dual-band 802.11ac, capable of running at 2.4GHz and 5GHz. The latter will be less prone to interference, but has less range. If you're using your Pi in an environment with lots of 2.4GHz signals flying round, then you should see much better data transfer rates running at 5GHz. The move from 802.11n to ac will see transfer speeds increased significantly too.

Second, the Pi 3 B+ has moved to use the same PCB antenna technology from Proant AB that's used on the Pi Zero W. You'll probably notice the little metal-shielded package at the top left hand corner, with the Raspberry Pi logo on? Well, the wireless chip and circuitry are hidden under there, to protect against interference from the rest of the board, and signals coming into and out of the antenna. 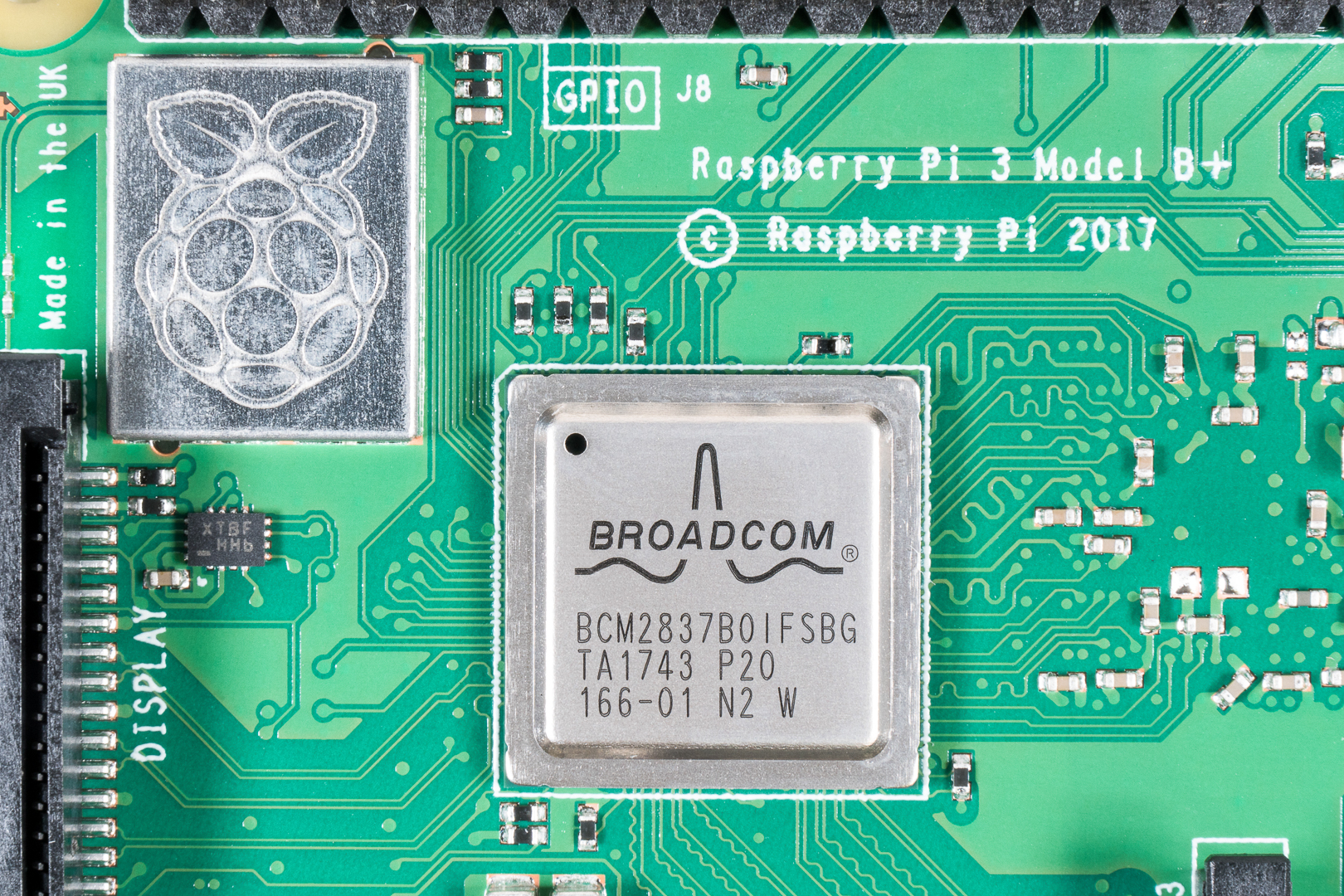 What stays the same?

RAM, video, audio, the USB ports, GPIO, and the DSI and CSI connectors all remain the same as on the Pis 2 and 3. The placement of ports, pins, and mounting holes all also remain the same.

New kits and cases from Pimoroni

Naturally, we've updated our Pibow cases, Coupé and full-size, to accommodate the new Pi, but in such a way as to maintain backwards-compatibility with the previous generations. Note that your old Pibows will not fit this new Pi!

We're also upgrading our popular Raspberry Pi 3 Starter Kit to include the new Pi 3 B+, becoming the Raspberry Pi 3 B+ Starter Kit, with all the other same bells and whistles (Pibow Coupé, power supply, micro-SD card, Blinkt!, keyboard, and mouse) as usual. 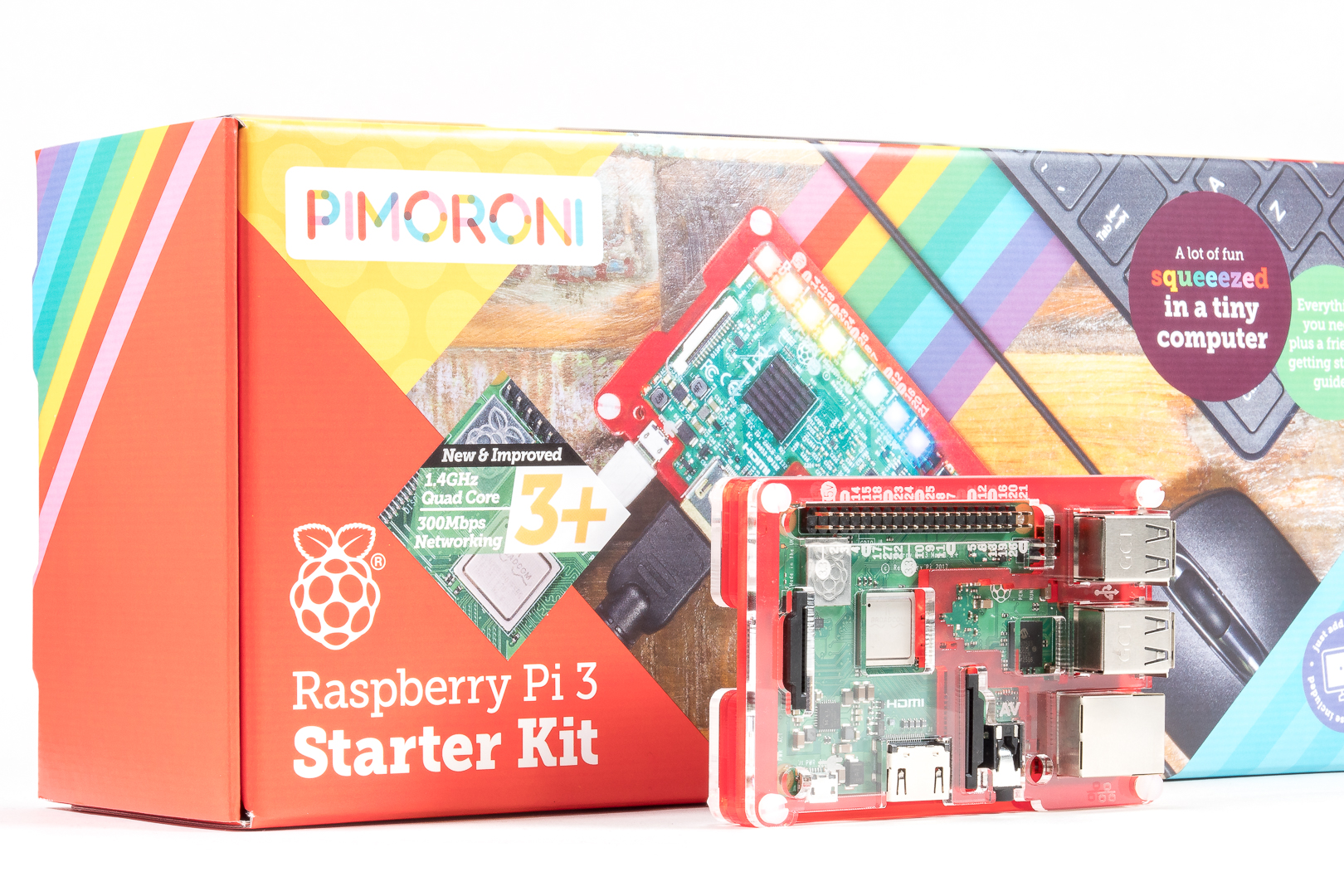 All of our HATs and pHATs will work just tickety-boo with the new Pi, although with Rainbow HAT you'll need to use some metal standoffs to prevent the new PoE pins touching a component on the bottom of the board.

Grab yourself some Pi 3 B+ goodies here!