I thought I'd start the really-basic-electronics series with the Automation HAT, which looks like a very complicated thing, but is in fact just a HAT full of switches!

Automation is all around us, and is built into loads of gadgets and gizmos.

So an Automation HAT is an on-and-off device?

The Automation HAT is basically a joiner of circuits, which you can control using the Raspberry Pi. The reason it says 24V tolerant is because you can run circuits that use up to 24V, but nothing higher. Mains electricity is 230V here in the UK, and 120V over in the USA, so don't even think about it.

Lets start with some examples. Maybe you want to check if your plant needs water, and water it if it needs it. A moisture sensor that you push into the soil will check whether it needs water or not, and a pump could pump some water out of a bottle and onto your plant. 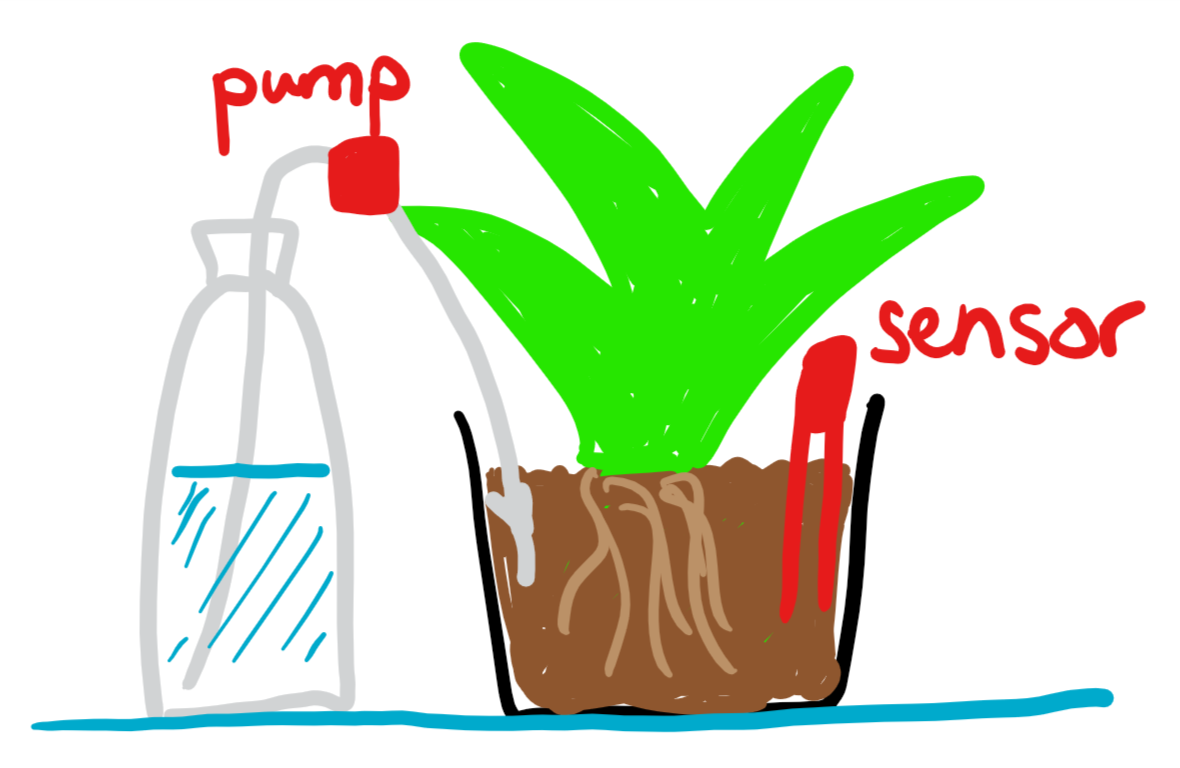 But wait. There are LOADS of connections on the Automation HAT! How do you know which ones to use? This is where we're going to have to go off on a tangent.

What do all those bits do?

Let's have a look at the board, and the documentation that we put on GitHub (there is documentation like this for every board we do, although if you aren't used to the parts and terminology, they may need translating). 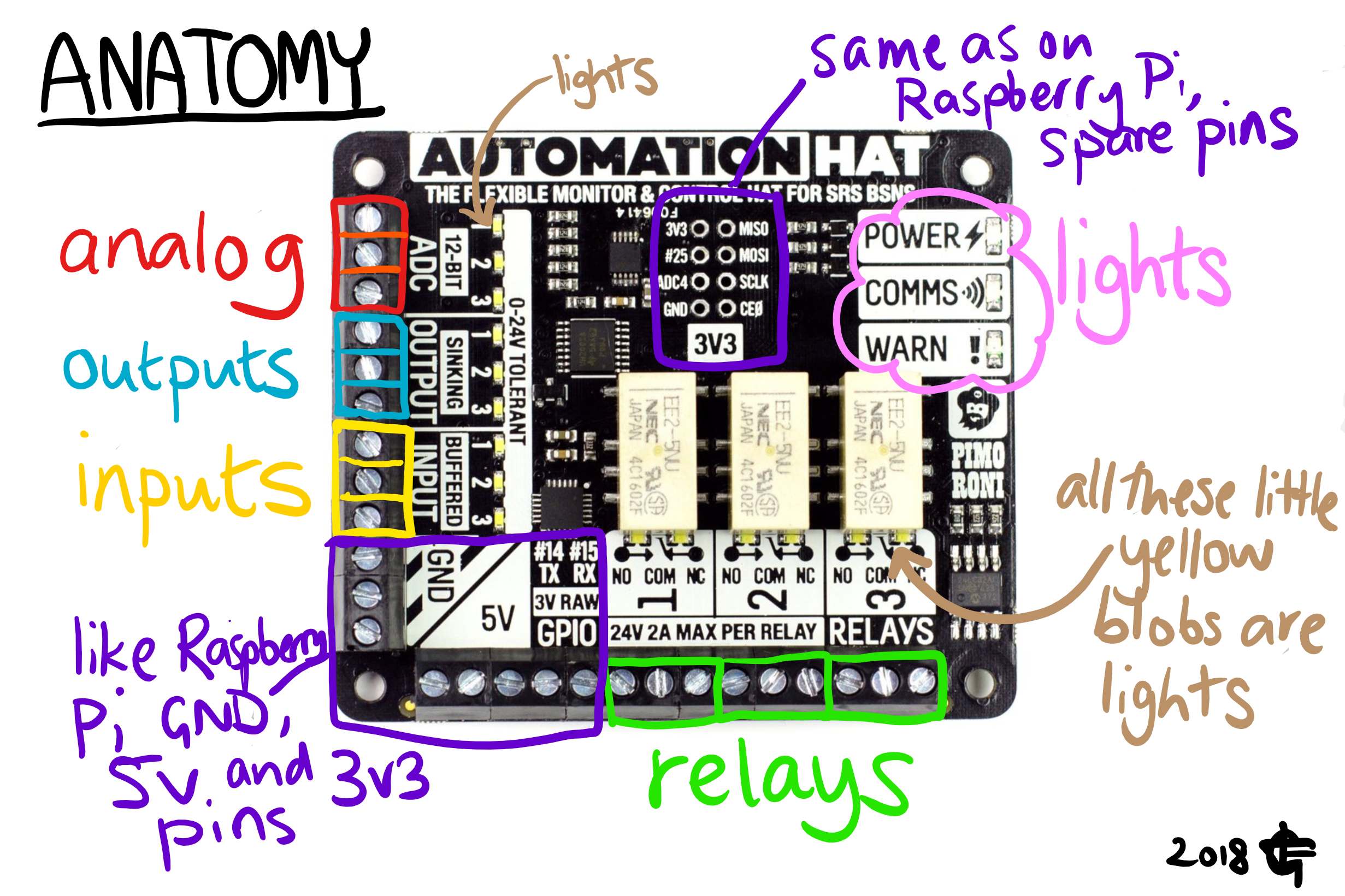 We'll begin with analog and inputs, because they're BOTH types of input. This is where you pick a space to plug your sensor in to.

An analog input can be any value, so for instance you could plug in a thermometer and use it to read all the different temperatures. 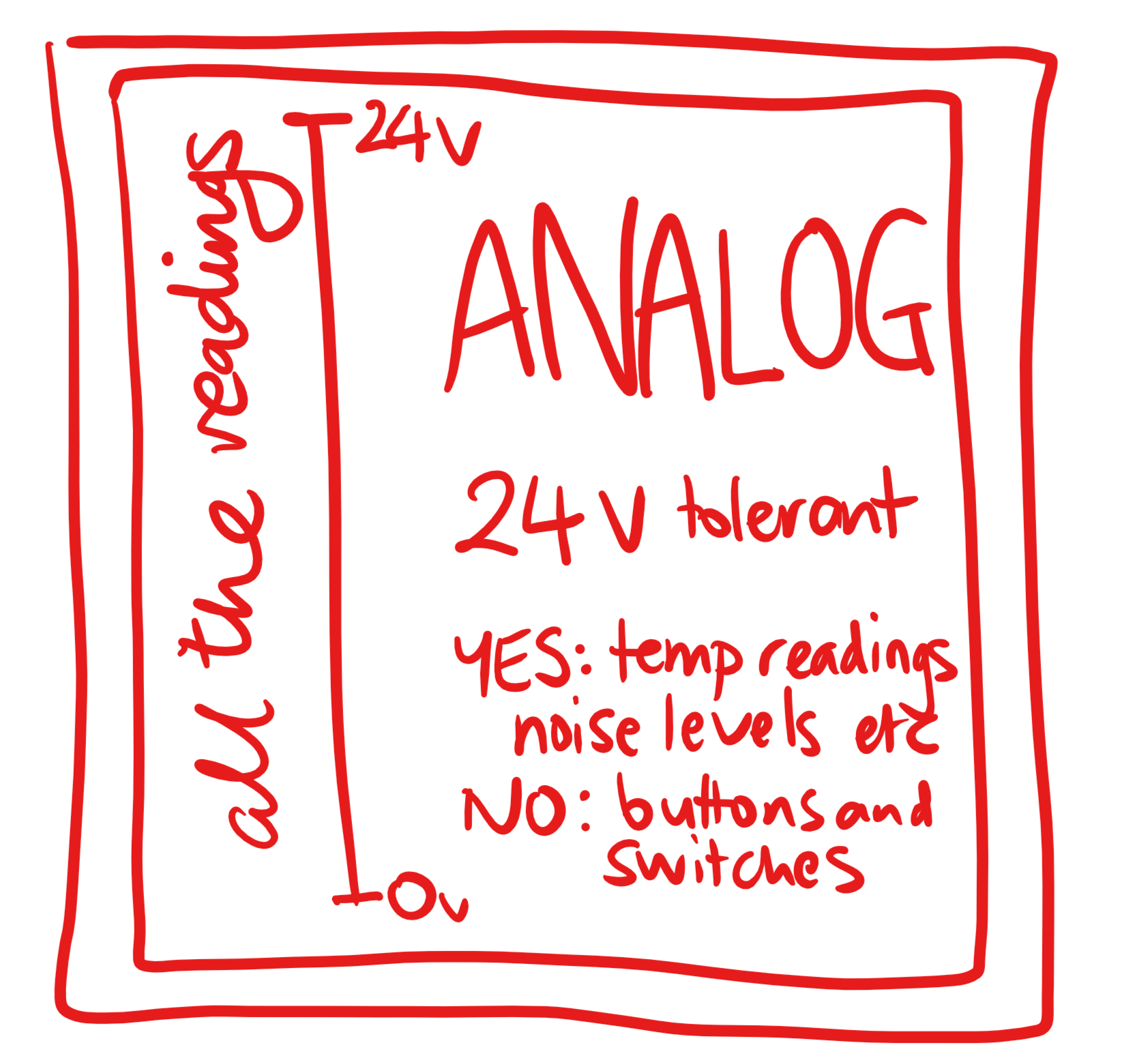 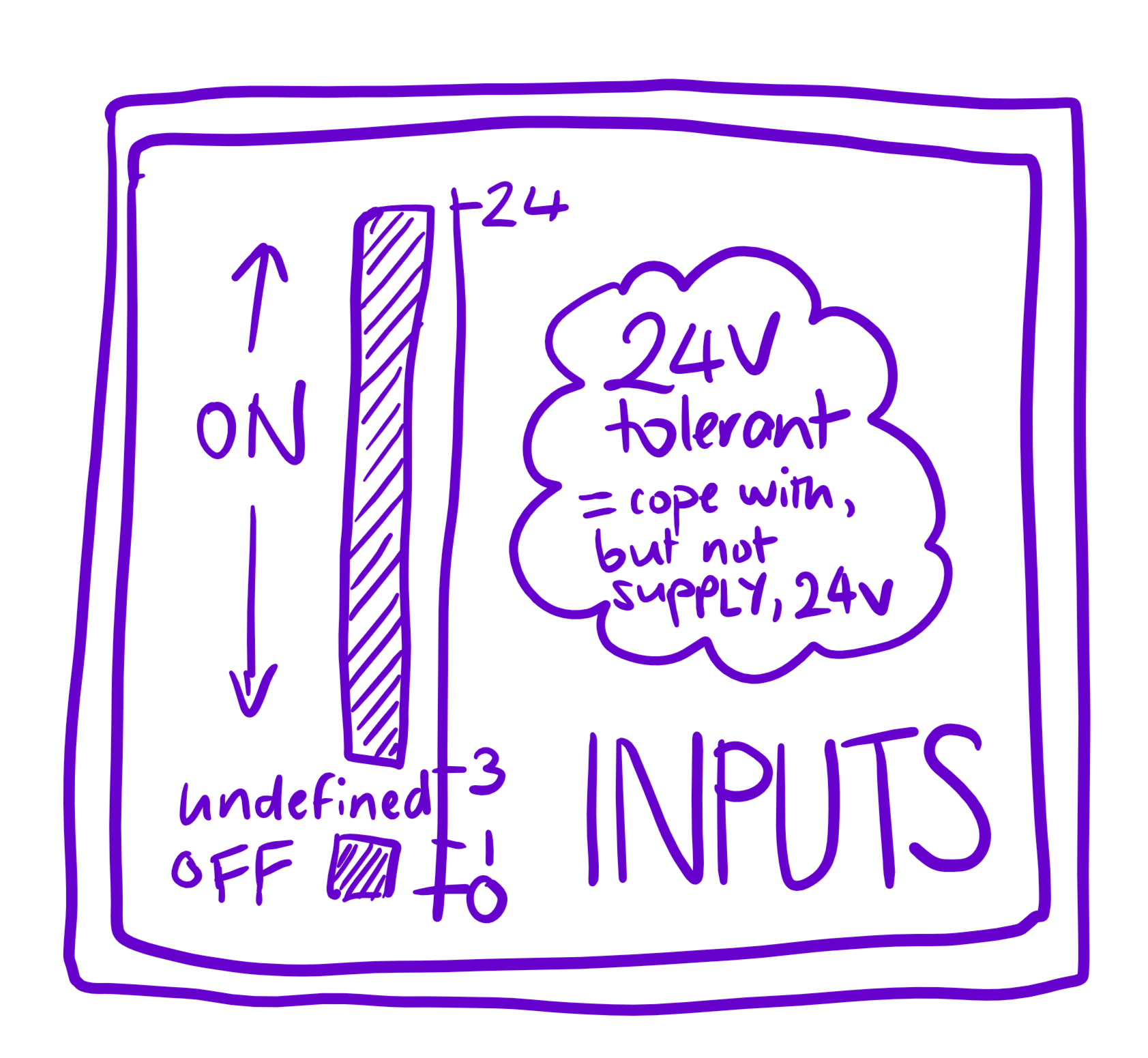 So, it should be clear now that if you want an on or off, use input. If you want a range of information to act upon, use analog (marked ADC on the board).

One of them (output) takes your electricity (it's a bit more technical, but go with this) and holds back the bit that would give your device the energy until the output is turned on, and then WHOOSH, the electricity flows again. Like putting up an electric fence in Jurassic Park with the red lights - when the velociraptors see that the electric fence isn't working, they can escape.

There are three outputs, and between them they can cope with 500mA of current, any more than that and they get hot and "Bad Things Happen". 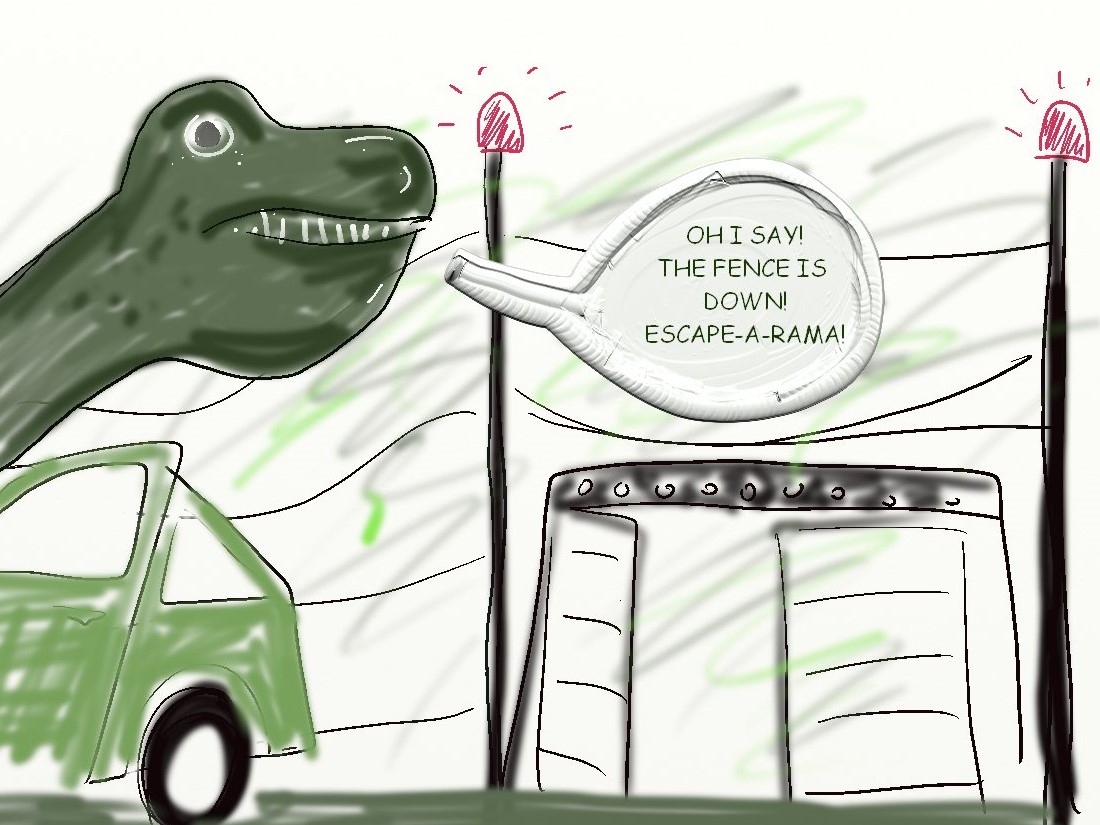 The other, (relay) is a switch that either completes the circuit (and electricity flows) or doesn't complete the circuit (and no voltage gets round). It can cope with 2A of current going through, but after that we get the Too Hot problem again. This time the dinosaur trainers can open and shut gates to hold back up to 24V of angry velociraptors, which is physically what happens inside the relay. Except without the velociraptors. :(

They both do on or off, so why use one over the other? It's worth having a bit more detail here. It's useful, and kinda fascinating.

We'll start with outputs. They are essentially on or off because of electricity, which can travel at the speed of light, so it can switch on and off really fast. In fact, you can even use it to do something called Pulse Width Modulation (PWM) which is a fancy name for turning things on and off very fast. You can choose how long it is actually on for in each "pulse". 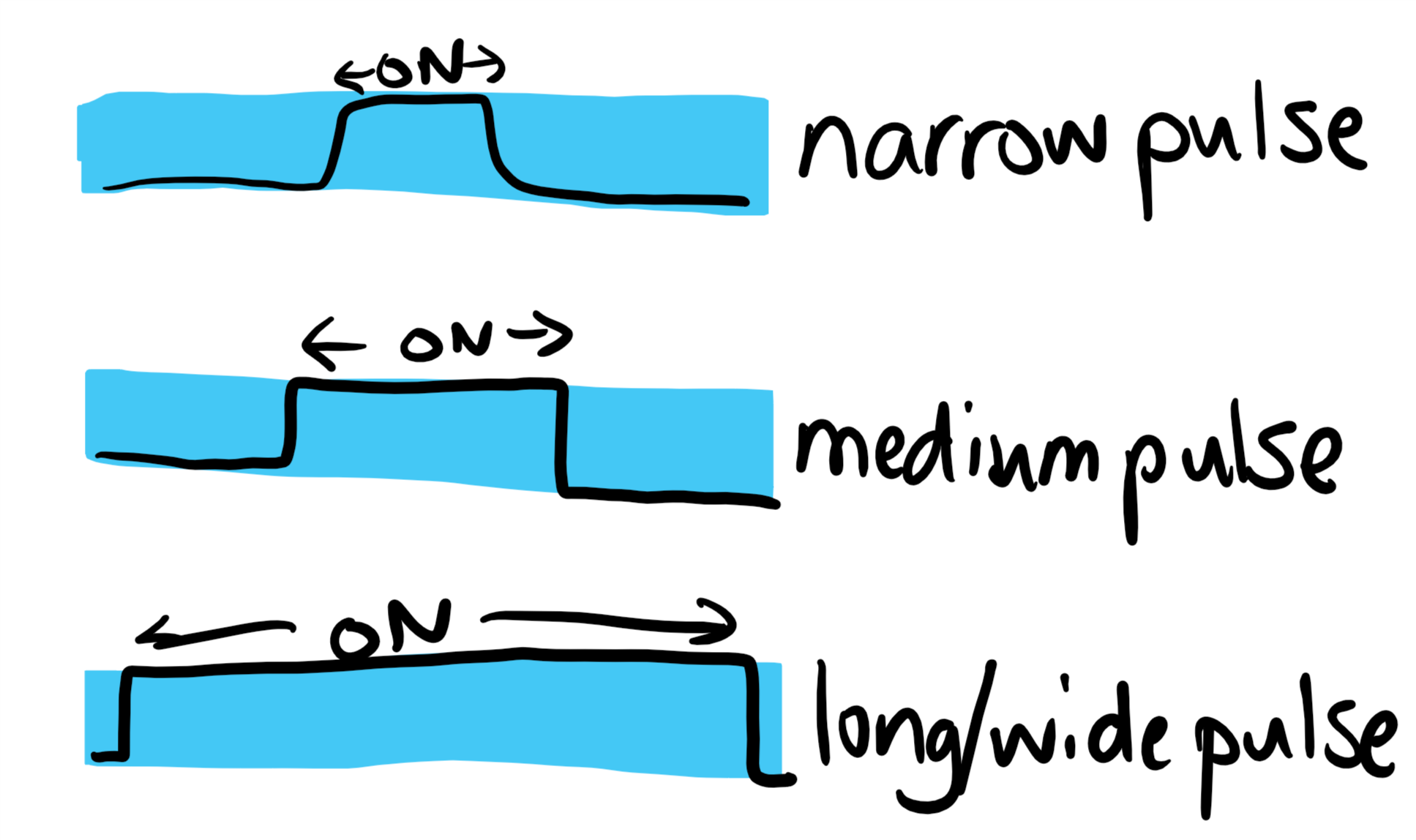 Your eyes can't see these changes (electricity, speed of light etc) so a narrow pulse (like at the top) will make a light bulb appear dim, compared to a wide pulse where it's being given a bigger dose of electricity.

Bad things about outputs though - they can't cope with a lot of current and get all hot and bothered over 500mA. 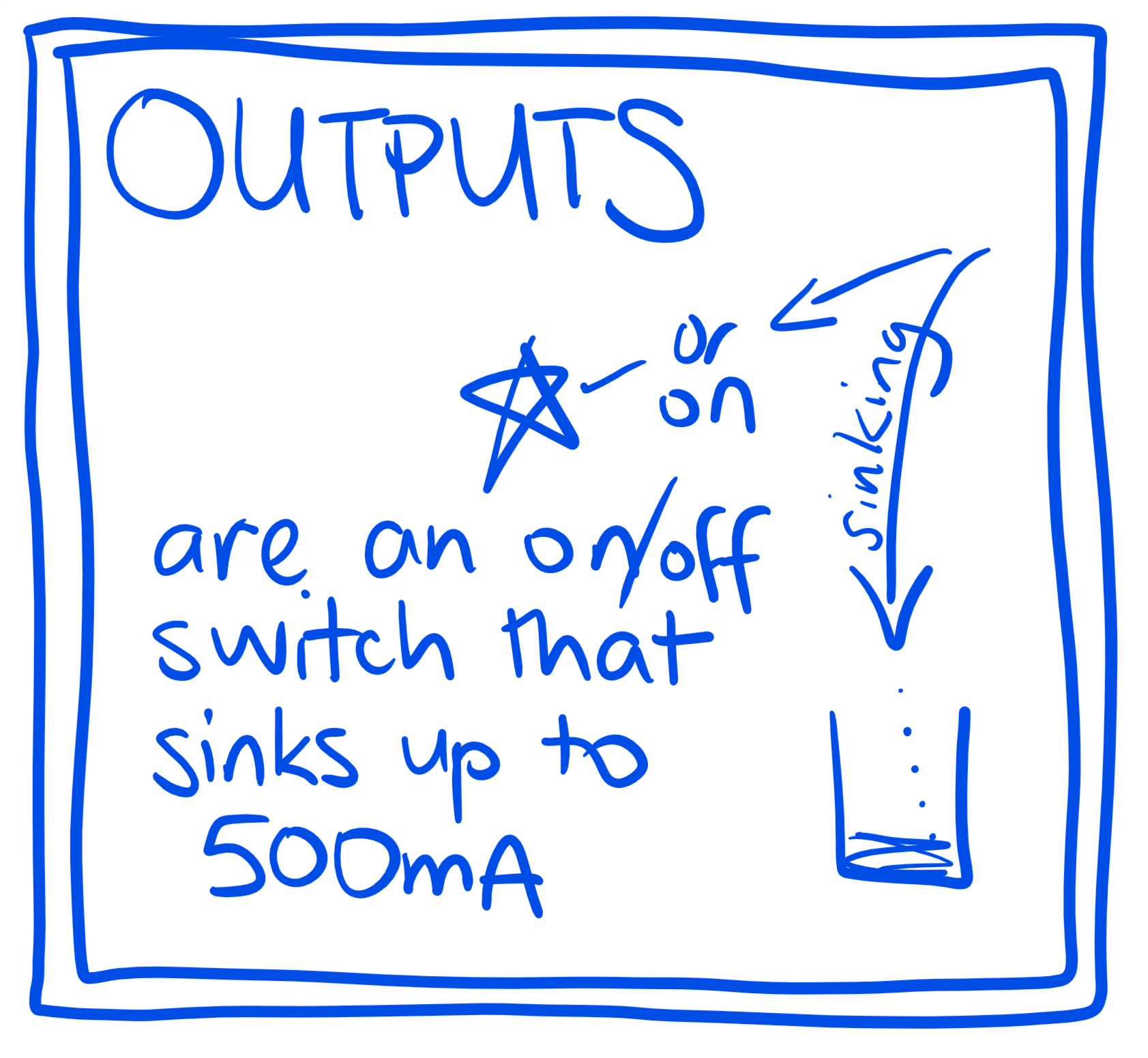 The relays however, are a mechanical device. Inside those little beige boxes are a switch and an electromagnet.

When you decide to turn it on, the electromagnet pulls the switch to the other side and connects your circuit. When it's off, it snaps back to the original side (Normally Closed, or NC). It's kind of like a clothes peg. Normally closed, and the bit that you squeeze is the Normally Open side. The side that you should connect to your circuit is called Normally Open or NO, because when you're not using it, it sits there open and unjoined up, breaking your circuit and not letting any electricity flow. 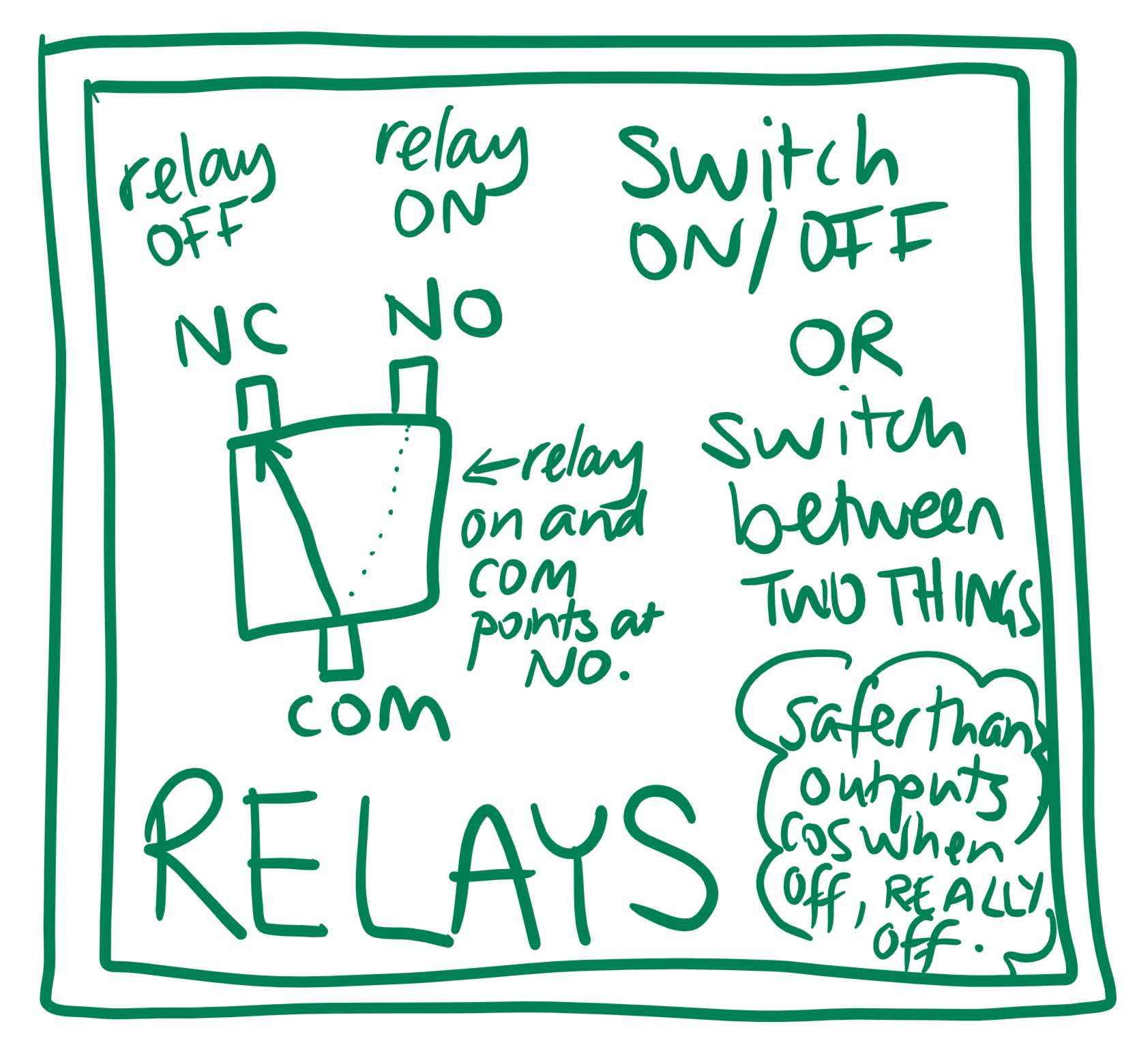 The relay thing is better with an animation.

So, a relay is a mechanical switch, which means two things, it's not as fast at changing as the electrical one, and it will also eventually wear out (try bending the ring pull on your can of pop back and forth and you'll see what I mean). However it's safer, electrically, than the output.

Back to the plants!

Now we've had a look at the main parts of the Automation HAT, let's make a decision about the plant waterer.

What about all the other pins and lights?

Since they are repeats of the Raspberry Pi pins, I won't be going over them in this post. All you need to know is that you can control the Power, Comms and Warn lights really easily, and technically you can control the other lights (by each input/output/etc) but it needs a little more code tweaking.

Hope you enjoyed the whistle-stop tour of the Automation HAT and better understand what to use it for. Here's a microscope photo of the relay! 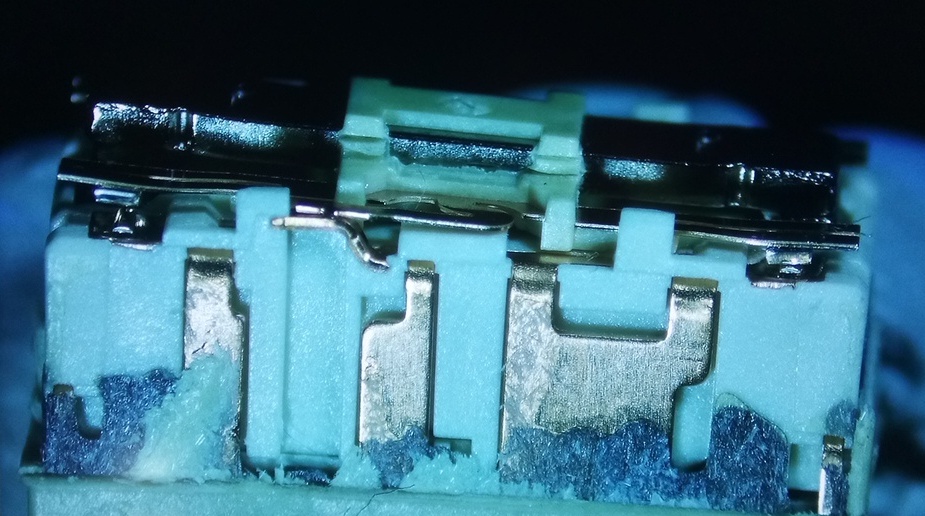