We had the joy of a visiting student this week, on work experience from UTC in Sheffield. Here is his report!

During the morning, I played with a Cubetto kit, designed to teach young children how to program by using blocks to control the movement of a robot, this enabled me to see how learning materials are designed for less experienced children ensuring they can access the product. I also went over to the Mary St building where packaging and posting takes place, for a small look around and to pick up a few items for the rest of the day.

For the rest of the day, I used the enviro:bit addon for the micro:bit and coded a few examples to be used for education purposes, meaning the examples had to be well thought out to prevent confusion, as more experienced programmers sometimes do things in ways others don't understand. 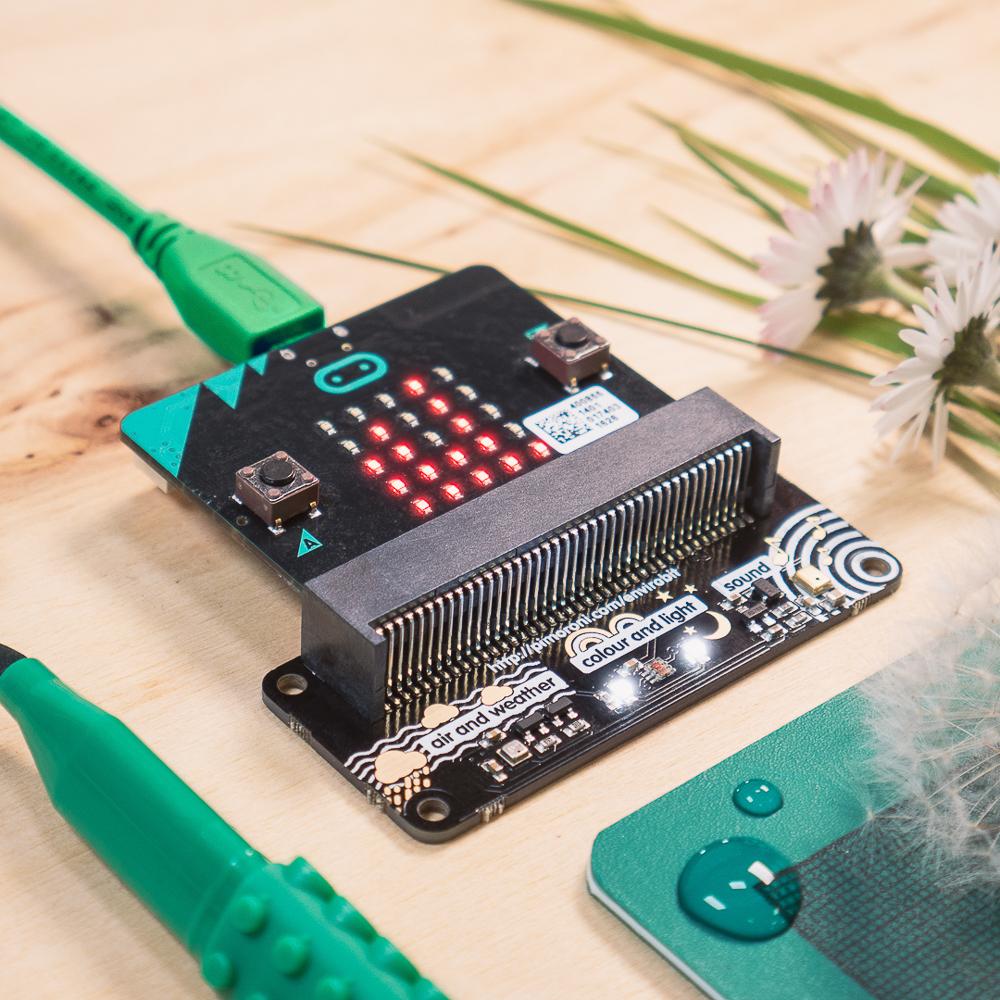 For the morning, I was based at Mary St again, packaging items. I packaged 30 Rainbow Pibow cases, and 40 Drum HATs. This showed how repetitive processes can be sped up, by packaging in batches, as each Pibow case has 10 different layers, which if each case was packaged individually, would take up a very long time, whereas packaging 30 simultaneously removes unnecessary actions. I also posted a few items to customers, which involved being handed 10 invoices, and a list of items on all the 10 invoices, and selecting the products required, then packaging the items in correctly sized envelopes or parcels and attaching the label and invoice correctly. One or two of the parcels may be missing packaging foam but that isn't a significant issue. In the afternoon, I again used the enviro:bit and automation:bit to code more examples, including making motors run from the automation:bit. 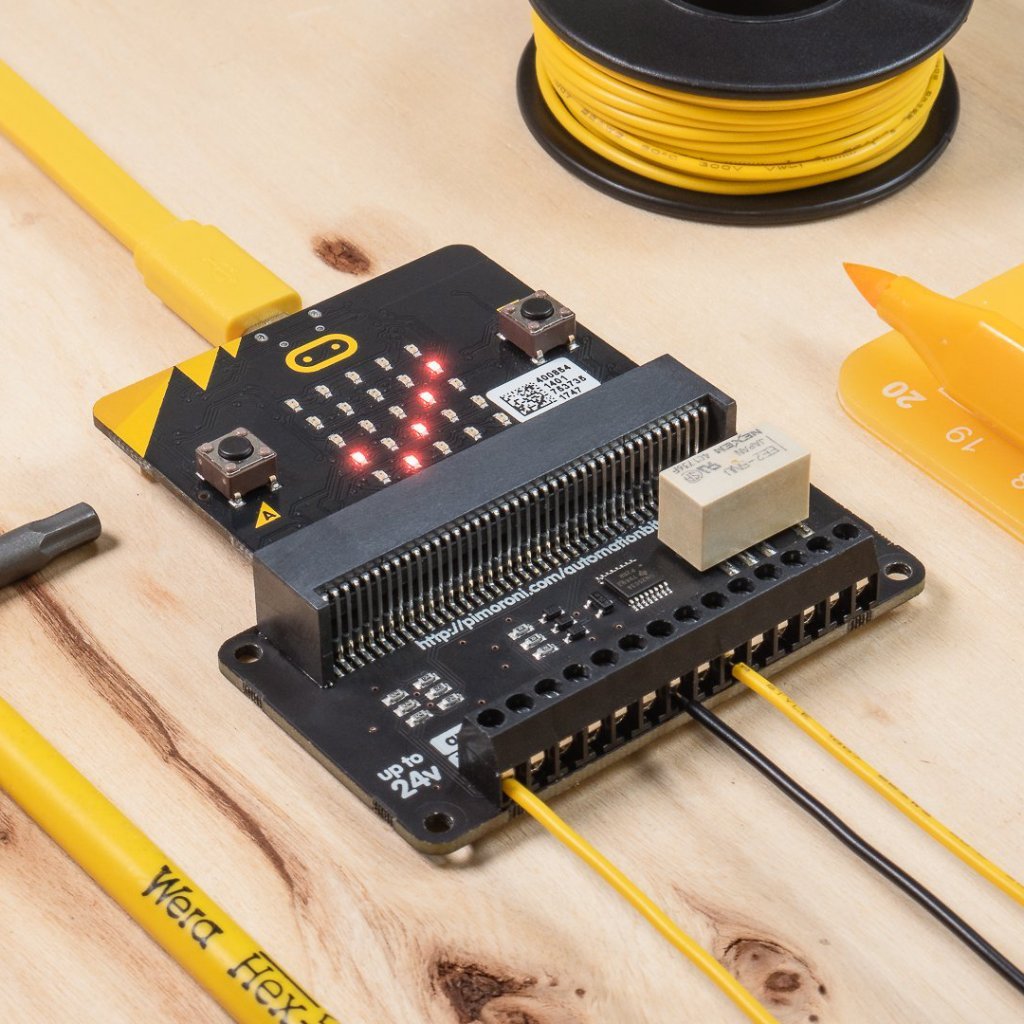 In the morning, I was based in the laser cutting section, which involved loading loading the cutters with acrylic, as well as aligning the laser, monitoring the cutters and then extracting the finished pieces from the laser cut sheet. Safety was important during this, and procedures if anything goes wrong were clearly identified. Towards the end of the morning, there were few tasks left to do, so a few experiments on cardboard were tested, to varying success. In the afternoon, I spent more time experimenting with the automation:bit addon for the micro:bit, especially with using more motors and controlling multiple motors from the automation:bit. 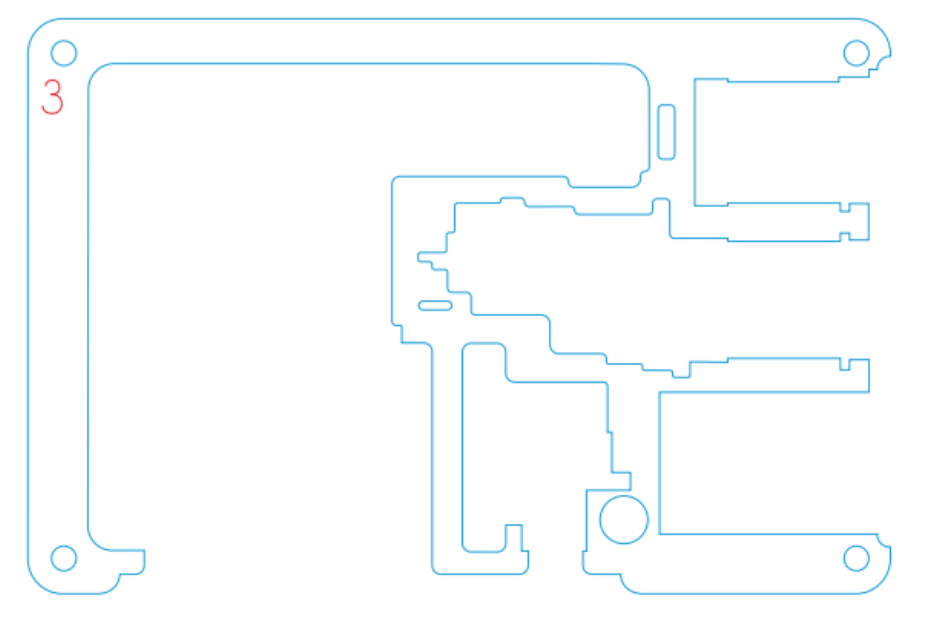 Continuing on from the automation:bit the previous day, I started to adapt a STS-PI kit into a sts:bit kit, using the same laser cut parts as on the Pi kit. I decided the colour of the acrylic, laser cut it, and then started to make it. I initially started programming the micro:bit to work from human interaction on the robot micro:bit, which ensured that it was fully functional before extending the project onto having one micro:bit controlling the robot and another acting as a remote control to drive it remotely. After using the two micro:bits, I pieced together the custom STS-PI kit, and added the micro:bit and automation:bit, connecting all the hardware and ensuring it works. In the afternoon, I was in botlab testing some products to ensure they worked, and 77/79 did work, which were then sent to packaging shortly after. I returned to the sts:bit and created a parts list so that it can be turned into an actual Pimoroni kit. 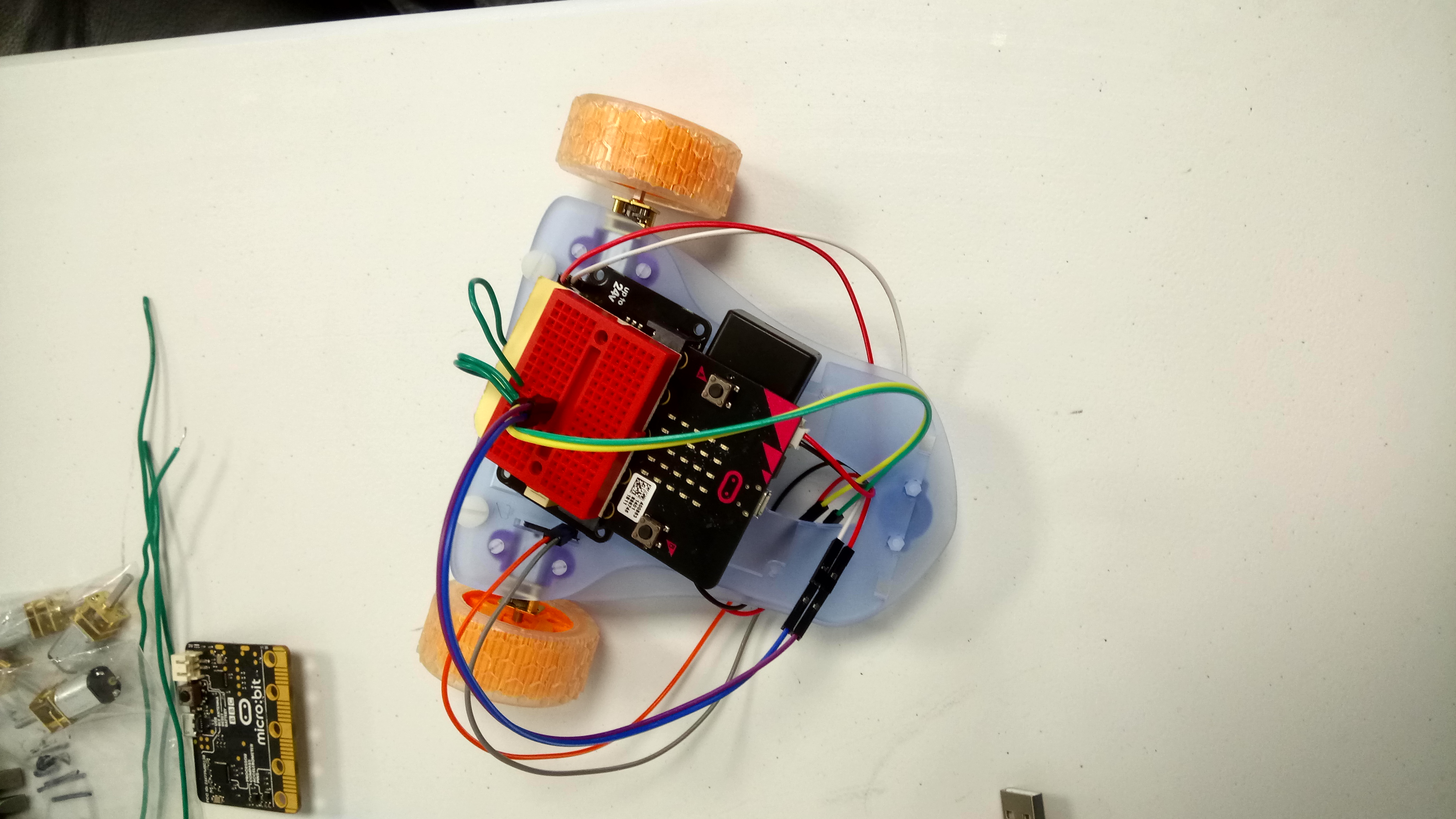 I created a few examples for the noise:bit on MakeCode, as like the others, such as a simple beep when it turns on, going onto more complicated stuff such as creating a countdown timer, and even making the micro:bit generate a pitch relative to the closest object to the LED matrix.
In the afternoon, I continued making these projects, such as adapting it to make sounds based upon acceleration, and programming it to play the opening to “Someone Like You” by Adele, using the three button combinations on the micro:bit. I also ensured that my desk set up on Monday was tidy, as prototyping and using many of the addon bits caused a large amount of mess to occur, especially ends to wires which had been cut to size. 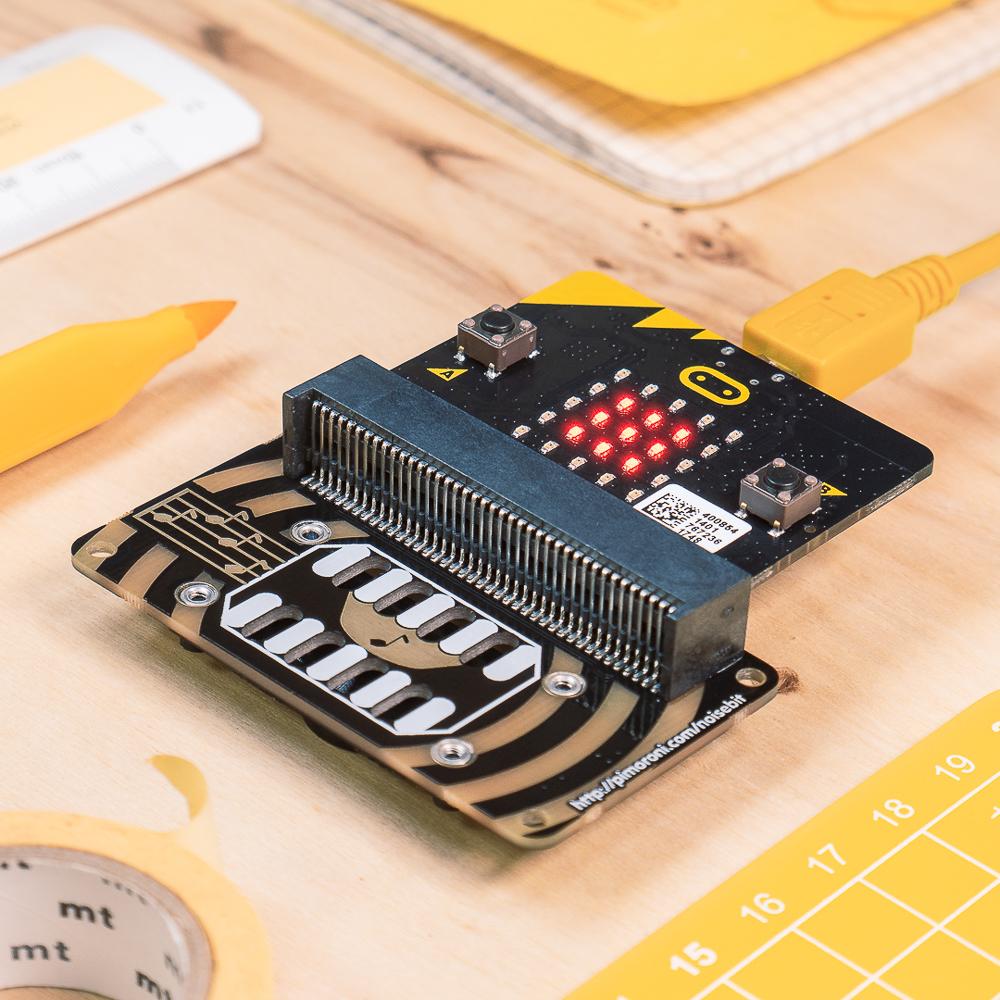 Deal of the Dead Excitement!