It's been a busy few weeks in and around Pimoroni Towers, as we've started to do Outreach. I've been visiting schools and events and showing people the wonders of the Raspberry Pi.

As people know, I'm an advocate of raiding the recycling bin and making odd contraptions, so it was only natural that some of our first workshops involved junk modelling! Armed with a flotilla of... Flotilla modules and some Raspberry Pi computers I attended Sheffield DigiFest and got the opportunity to work with some wonderfully creative young minds, and some incredibly helpful Digital Ambassadors from Westfield School. 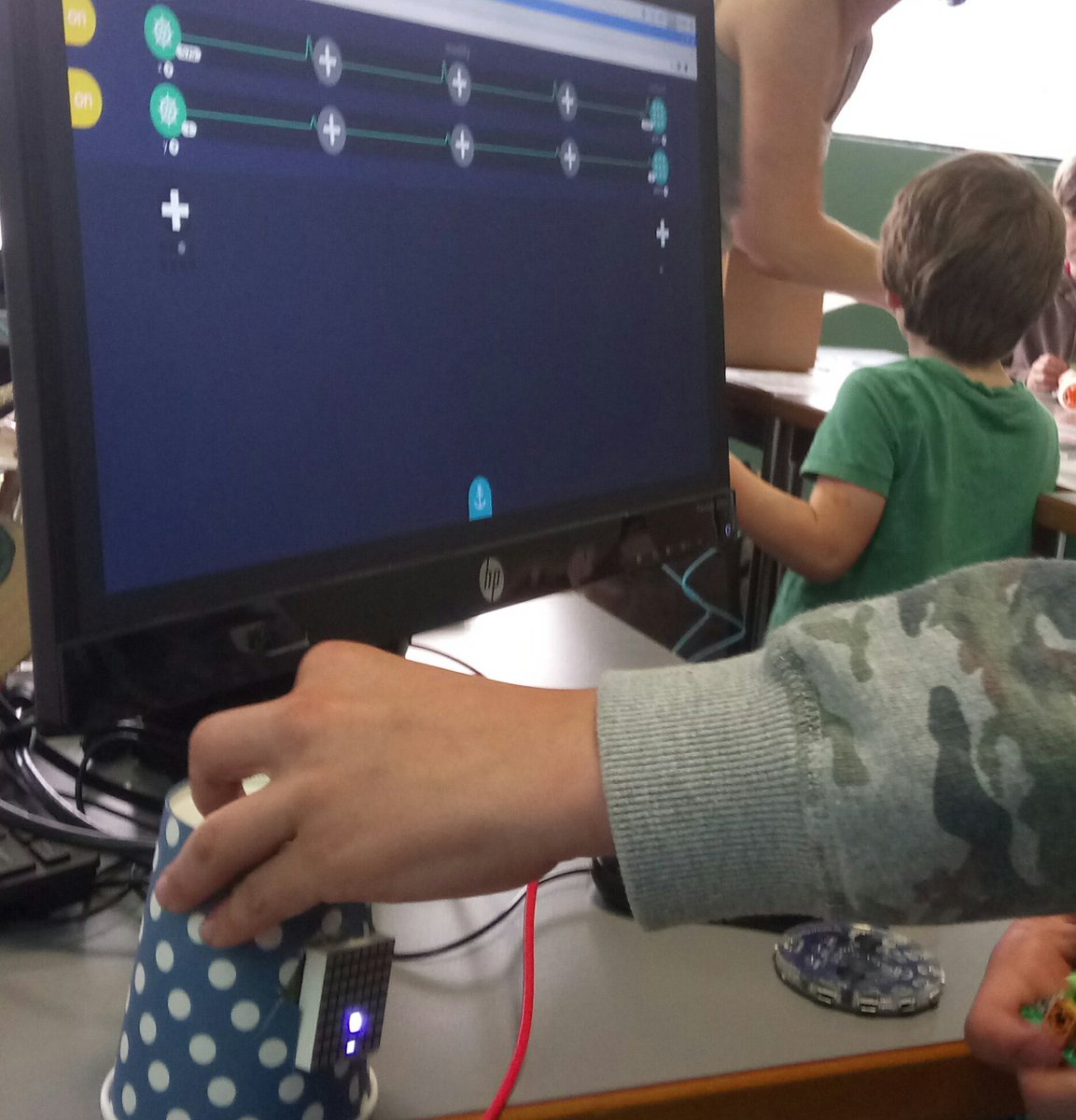 Motors were very popular, as was anything that moved. One of my favourite models was an owl that watched you, or just rolled his eyes in disapproval. The girls used a joystick to simultaneously control two matrices of LED lights to act as the owl's pupils.

Some just like to explore cause and effect, and were busy coding buttons to make things happen. 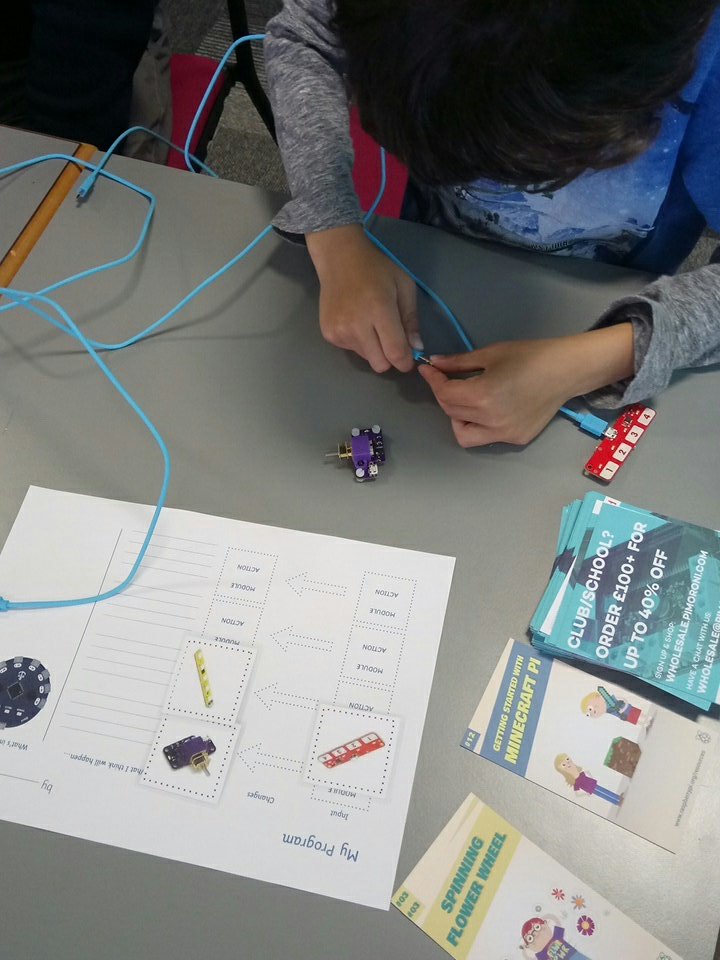 Another successful series of workshops at SteelCon produced some spectacular makes, including the light-sensitive tickle machine, which uses a light sensor to work out when it's time to tickle you awake, a rainbow windmill with multi-speed sails, and motion-activated disco lights! The wonderful thing about working with children is that they decide what they want their model to do, and then figure out the logistics. 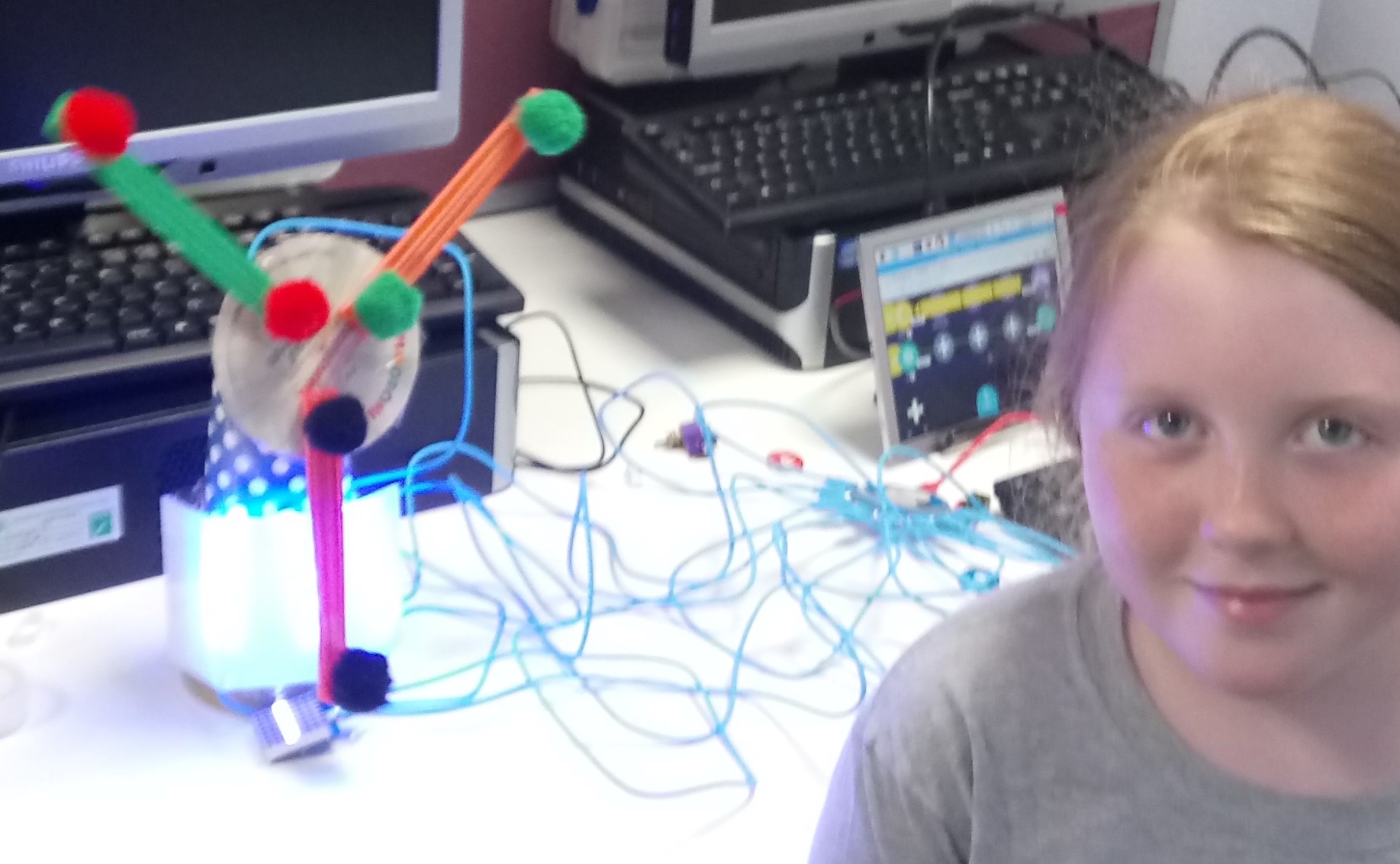 For example, one boy wanted to make a noisy machine, but we don't have any buzzers or speakers. No problem, he pulled the wheels apart to find the ridged cogs inside, and sellotaped a motor to the table. He attached the cog, and held a piece of card against it. The table amplified the sound and we were treated to flashbacks from the 80's when you'd peg a card to your bicycle wheel.

Others wanted to make a game where you had to jump waves. They used a random signal generator to make a wave pattern in the lights on the matrix display, then used their fingers to "jump" the waves. One would play, and the other kept score using a dial and a number display. 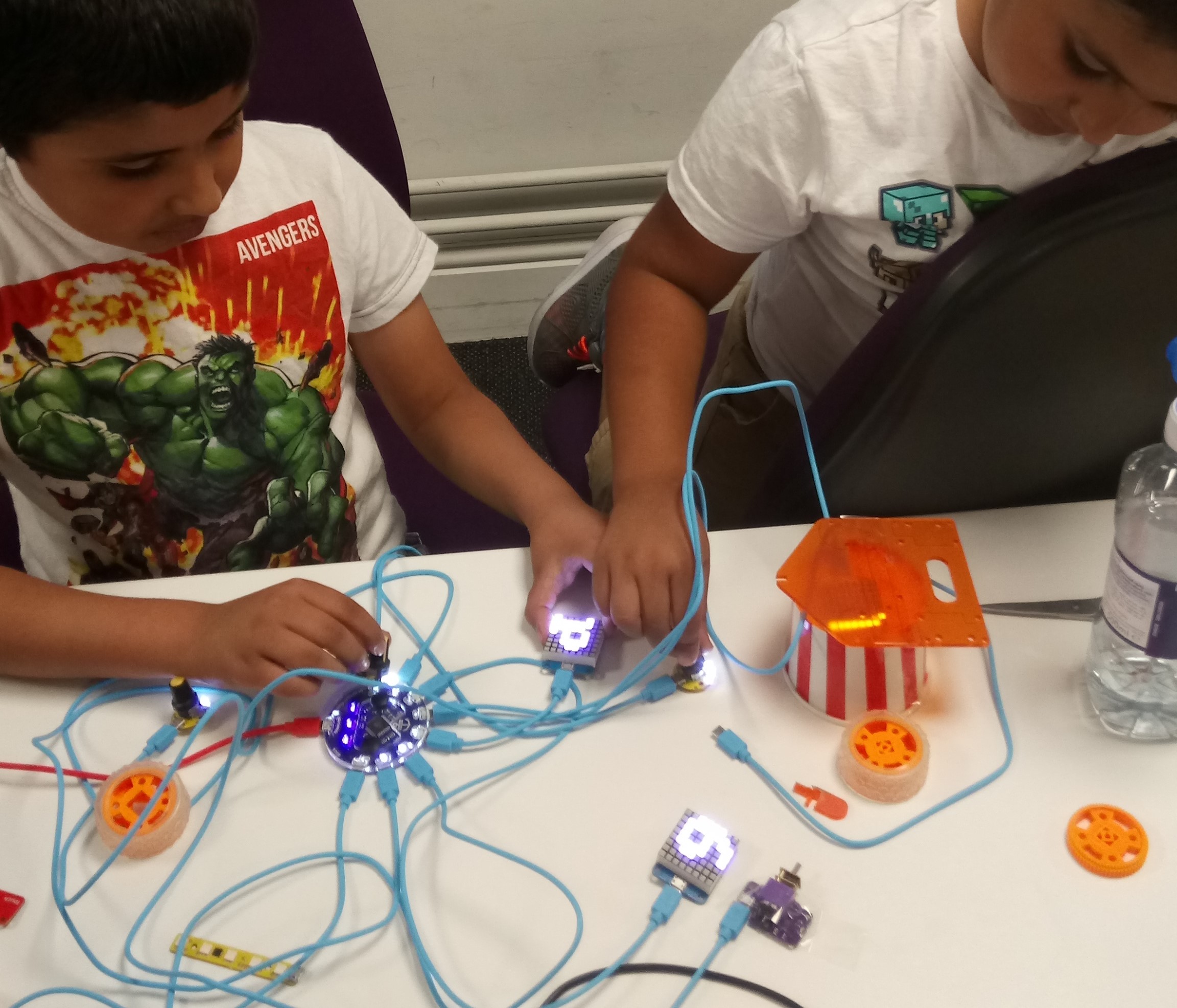 Keep an eye out for more workshops in and around Sheffield, and some further afield! (In fact, some in a field!)

A day in the life of a Laser Technician